UNION COUNTY, NJ — The gold standard in Union County baseball for some time now has been set by Cranford, Governor Livingston, Westfield and Scotch Plains–Fanwood high schools. Since 2009, only those four schools have been able to capture Union County Tournament championships. The 68th annual UCT is scheduled to be seeded on Monday, May […]

MOUNTAINSIDE, NJ — Bolstered by a bevy of players who reside in Mountainside, this year’s Governor Livingston High School baseball team in Berkeley Heights is showing immediate signs of excelling on the mound and with its gloves. Producing at the plate is currently a work in progress. “I would definitely say that our pitching and […]

UNION COUNTY, NJ — Union and Cranford, the two best football teams in Union County, as expected garnered top seeds in their sections. Rahway, at the last minute, snuck in, while Scotch Plains–Fanwood fell out. In all, 10 of Union County’s 17 football-playing schools qualified for the state playoffs, which commence around the state on […]

MOUNTAINSIDE, NJ — Mountainside resident Danny D’Angelo, who has been a three-sport star at Montclair Kimberley Academy, was recently selected as the school’s recipient of the 2021 Essex County Male Scholar-Athlete of the Year Award. D’Angelo, who is currently winding up a splendid senior season for MKA’s outstanding boys lacrosse team, also excelled in soccer […]

MOUNTAINSIDE, NJ — Montclair Kimberley Academy’s Captain’s Award is given out each season to that captain who has exhibited the qualities that are looked for in team captains, namely leadership, dedication, respect, work ethic and being a role model both on and off the field or courts to his or her teammates and peers. A […]

Three-sport standout from Mountainside commits for lacrosse at Connecticut College

MOUNTAINSIDE, NJ — Mountainside resident Danny D’Angelo is a throwback — he plays three sports for his high school, which is becoming increasingly rare as athletes specialize earlier and earlier. The Montclair Kimberley Academy senior recently completed an outstanding fall season as a defender for the Cougars’ fine boys soccer side, 8-5-1, and is now […]

Nobody knows. Instead of the buildup for the most anticipated message of the spring sports season – “Play Ball” – all we have now is, “Nobody knows.” “This is just awful, on so many levels, and scary too,” Gov. Livingston baseball coach Chris Roof said. The continued spread of the Coronavirus in our lives continues […]

High school sports put on hold for now; Hopefully there will still be a spring season to look forward to

Union High School Athletic Director Linda Ionta is usually outside at this time of the season, barring a March snowstorm. She is out monitoring Union’s spring teams, taking in a baseball practice after school, watching a softball scrimmage, keeping an eye on the track and field athletes, etc. Involved in Union athletics now for 30 […]

Region 4 champions out of Union include Francois and Darisme of Rahway, Stampoulos of Brearley and Elizabeth heavyweight Olowoopejo; NJSIAA Tournament in Atlantic City March 5-7

Not only did Rahway wrestlers Kaelan Francois and Joshua Darisme capture Region 4 championships at Union, but the standout grapplers will enter the NJSIAA Tournament at Atlantic City with undefeated records. Francois, the top seed at 113, defeated sith-seeded Donovan Chavis of St. Peter’s Prep 6-0 in the final to improve to 36-0. Darisme, the […]

RAHWAY – When it’s time to ratchet up defensive pressure Westfield head coach Liz McKeon inserts senior Faith Dobosiewicz. On Tuesday night her assignment was to contain Oak Knoll 6-0 senior center Paige Morton. While Dobosiewicz performed admirably without the ball, preventing Morton from scoring at all in the fourth quarter, McKeon didn’t realize she […] 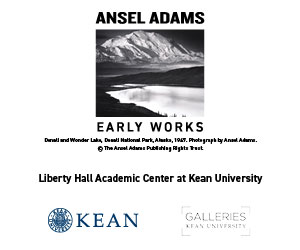