EAST RUTHERFORD, NJ — Looking at state championship teams Cranford and West Morris and how potent their offenses were all season long, it would have come as no surprise to anyone that 10 touchdowns would be produced in their matchup six miles outside of New York City. However, no one probably would have predicted that […]

CRANFORD, NJ — Early on during the North 3, Group 2, final on Friday, Nov. 19, Cranford was trailing Sparta and, at that point, realized this was not going to be the cakewalk its previous two playoff games were this season. The Cougars didn’t panic. There was no need. Why? They had senior Colin Murray […]

CRANFORD, NJ — Although Cranford won its first playoff game by 30 points, head coach Erik Rosenmeier challenged his defensive line to perform better against the run. So when it came time for Pascack Valley runners to try to penetrate Cranford’s first line of defense, they found no room at all to move forward. In […]

CRANFORD, NJ — The Cranford Calas 8U Softball Team won the District 2 Parkway League Championship on Saturday, Oct. 23, at Pony Tail Park in South Plainfield. The team finished the season with an 11-1 record; the championship game saw them avenge their only loss of the season against a talented Clark squad, 4-2. Cranford […]

UNION COUNTY, NJ — Union and Cranford, the two best football teams in Union County, as expected garnered top seeds in their sections. Rahway, at the last minute, snuck in, while Scotch Plains–Fanwood fell out. In all, 10 of Union County’s 17 football-playing schools qualified for the state playoffs, which commence around the state on […]

WOODBRIDGE, NJ — There’s no better way to back up your 5-0 record than by going on the road and beating a state-ranked team that is 6-0. That was the challenge Cranford was faced with as it traveled to Middlesex County for the clash on Friday, Oct. 15 with the undefeated Barrons. Players such as […]

Trailing by 14 points, Cougars march back and win in OT

CRANFORD, NJ — The home team was already trailing by more than one possession as the fourth quarter passed its midway point on Friday, Sept. 10. Mistakes in all three phases — offense, defense and special teams — cost Cranford, favored to win and making its 2021 debut, dearly up to this point. Then North […]

It won’t be easy to get past Cranford’s offense

CRANFORD, NJ — Here are the numbers opposing defensive linemen will need to get past if they are to bring down a Cougar ballcarrier: 285, 280, 280, 275, 260. Those are the weights of most of Cranford’s offensive linemen. The overall range is from 200 to 285. Three of the five starters are back. Attempting […]

CRANFORD, NJ — Will Fries is moving to Indiana soon, for work. The Cranford native and former Cranford High School football player was drafted by the Indianapolis Colts during the 2021 NFL draft in May and was set to head west on Friday, July 16, to begin preseason training camp. Cranford residents sent him off […] 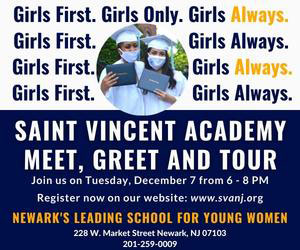