Judy Smith spoke at Kean University on her career as a White House spokeswoman, crisis manager and as the inspiration and co-executive producer of the political TV drama ‘Scandal’. 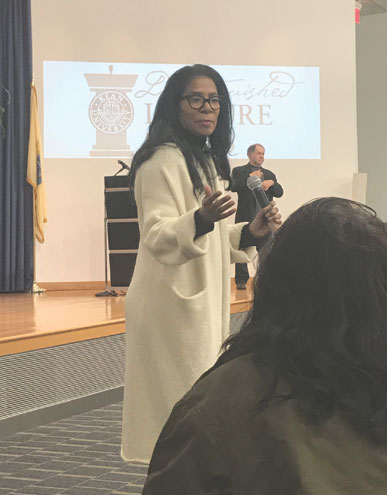