Cranford and GL baseball will clash April 16 at Cranford, each with 4-0 Watchung Division marks; Both improved to 5-0 overall Thursday, April 11

PHOTO BY JR PARACHINI - Cranford head coach Dennis McCaffery - now in his 21st season at the helm of the Cougars - talks to his players after their 5-2 Watchung Division home win over Elizabeth on April 11. 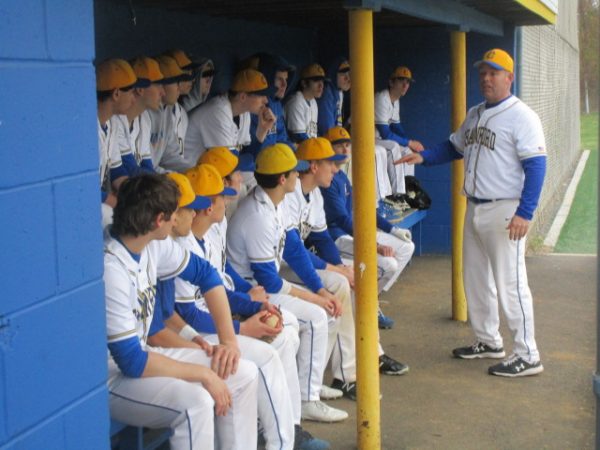