By Liv Meier Staff Writer SUMMIT — Ashwood Court residents expressed concern about a two-way driveway onto their street that accesses a recently-approved Habitat for Humanity project fronting Morris Avenue at the June 18 Common Council meeting, stating that the Zoning Board did not account for the safety of residents and children living on the cul-de-sac. The board approved a variance at its June 13 regular meeting for Habitat for Humanity to build 12 apartments at 146 Morris Ave., which was originally zoned for nine units and is currently home to the Italian American Club. Common Council unanimously approved funding for the project in March 2017, and the units will be constructed by the Morris County Habitat for Humanity, which also has reduced-rate units at 37 Morris Ave. Ashwood Court resident Alejandra Gurevich said she and her neighbors are not opposed to the project, just the two-way driveway from the rear of the property connected to Ashwood Court. “We support this project. As a matter of fact, I just had a friend visit my house saying that she wanted to meet with me and figure out how to apply for this housing,” Gurevich said. Gurevich added that at the Zoning Board meeting, the city planner recommended having a “detailed traffic analysis for any development of the Italian American Club.” “We do not understand why the ordinance contains the requirement that the development should provide access to Ashwood Court,” she said, adding that a traffic study has not been conducted. “Access was added without any traffic study, without any notice to the public, and without any consideration for the safety of the residents of Ashwood Court.” Tara Gagliano told the Common Council that once the driveway is installed, she will have to “back out onto their driveway apron” to leave her home. “I don’t understand how that’s safe?” she asked. “How are we addressing the safety of the kids of Ashwood Court?” Gagliano went on to say that the traffic expert at the June 13 meeting said the new property will produce an additional 60 to 80 trips to the area. She also said that she had been called a racist by other residents at the Zoning Board meeting for speaking about this project. “I don’t understand how the safety of my child considers me a racist,” she said. Ashwood Court resident Robin Dobiszewski said she felt that members of the Zoning Board seemed to be “unsure about the safety” when voting on the project at the June 13 meeting. According to Dobiszewski, there are eight children who live on the cul-de-sac, five of them a year old and younger. “It’s a lovely, family friendly neighborhood that’s going to be destroyed,” she said. Common Council Pro Tempore Matt Gould, who chaired the meeting, assured residents that officials would look into the issue. 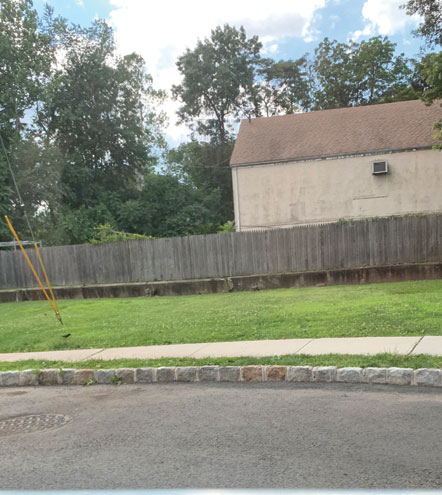