By EmilyAnn Jackman on June 18, 2020Comments Off on Neighborhood proceeds with caution after bear sighting

CRANFORD, NJ — It looks like at least one bear in enjoying being out of hibernation and is appreciating the warm weather. Recently, many towns in Union County have had bear sightings, prompting law enforcement to warn town residents to avoid those areas. Now, Cranford is on the list, as a bear was spotted in both Cranford and Westfield on June 8.

“It was a black bear, and it appeared to be a small cub,” Cranford Police Lt. Edward Davenport told LocalSource. “The bear was first seen in Cranford on Monday, June 8, around 10 a.m. The initial sighting in Cranford was along Riverside Drive. It then worked its way over to Orchard Street, North Avenue and then back north to Westfield.”

It appears the bear spotted in Cranford was the same bear seen wandering around in Westfield.

As the bear did not pose any imminent threat to the public, Cranford police responded to the bear sighting by monitoring its movements.

“We did not attempt to engage with the bear,” Davenport said. “We simply monitored the bear from a safe distance to ensure anyone from the public, in and around the area, was safe. If the bear does become contained in a location, more specifically a tree, we can report to New Jersey Division of Fish and Wildlife and a professional will attempt to catch and relocate the bear. This did not occur on this occasion, as the bear was never contained in a location.”

Thankfully, no one was hurt by the bear. Davenport gave the latest update on the bear’s whereabouts.

“Last we heard of the bear was that it was sighted in Westfield the following morning,” Davenport said.

Cranford Township Administrator Jamie Cryan also spoke about the bear’s whereabouts.
“The Cranford Police Department left the scene when it went into Westfield,” Cryan said on June 15. “No one was hurt in Cranford. There are no updates with regards to Cranford, but I believe there were prior sightings in Mountainside, Milburn, as well as Garwood and Westfield.”

The New Jersey Division of Fish and Wildlife has guidelines for anyone who comes across a bear. You should never feed or approach a bear. Remain calm if you encounter a bear; do not run from it or make the bear aware of your presence by speaking in an assertive voice, singing, clapping your hands or making other loud noises. Make sure the bear has an escape route; if a bear enters your home, prop open all doors to the outside. Direct eye contact, which may be perceived by the bear as a challenge, should be avoided. If a bear is encountered, back away slowly; do not run. To scare a bear away once it is aware of your presence, Fish and Wildlife suggests, make loud noises by yelling, banging pots and pans or using an air horn; make yourself look as big as possible by waiving your arms, and, if you are with another person, stand close together with arms raised above your heads.

According to NJ Division of Fish and Wildlife, the bear may utter a series of huffs, making popping sounds by snapping its jaws and swatting the ground. These are warning signs that you are too close and should slowly back away, avoiding direct eye contact. If a bear stands on its hind legs or moves closer, it may be trying to get a better view or detect scents in the air; this is usually not threatening behavior.

The NJ Division of Fish and Wildlife warns that black bears will sometimes “bluff charge” when cornered, threatened or attempting to steal food. In this case, you should stand your ground, avoid direct eye contact, then slowly back away. If the bear doesn’t leave, you should move to a secure area.

Residents can report black bear damage or nuisance behavior to the New Jersey Department of Environmental Protection’s 24-hour, toll-free hotline at 877-927-6337. The NJ Division of Fish and Wildlife advises families that live in areas frequented by black bears to have a “bear plan” in place for children, with an escape route and planned use of whistles and air horns. The division says black bear attacks are extremely rare, and if a black bear does attack, residents should fight back. 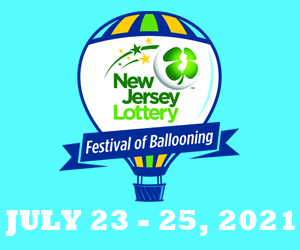